Well, to be honest, for the first three it would have been impossible to hold a golf club let alone swing it. However, now that I am reaching the end of my twenties (oy, where did the time go), I have finally given into my father’s passion for golf.

Believe it or not the first time I really swung a golf club was in Israel on a company outing to a golf course. After besting some of the guys I figured once I returned to the US I would honor my father’s request to join him on the driving range. 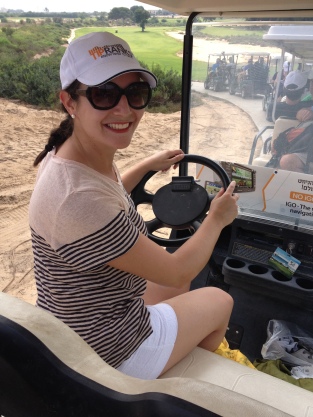 Even though I am still in my younger years, I have learned a very important life lesson early on: never say never. If you want, I can provide plenty of examples such as, I’ll never run a half marathon. Oh wait that happened – twice. I’ll never move to Israel. Oh yeah there was that time I lived there for two years and became a citizen.

So now, the girl who said she would never like golf is the proud owner of her own set of golf clubs!

I am still working on connecting with the ball consistently, aiming my putter with accuracy, and learning the etiquette of the game. But, there’s still time to incorporate a little of my own true passion into the sport too. 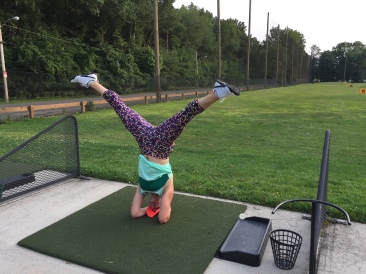 I’ll see ya out there on the links!

One thought on “It Only Took 28 Years”